The Avocado Season in New Zealand

There are three phases to the avocado season: early, main and late.

July to September is early season.  Fruit can take two or more weeks to ripen so pop them in a paper bag with a banana to help speed things up.

October until March is the main season.  Fruit will take one to two weeks to ripen.  Avos don’t ripen nicely in the fridge so don’t be tempted to put them in there until they’ve started to turn dark and have a little bit of give.

April until June is the late season when they can ripen very quickly: three to seven days. Don’t forget to pop any ripe ones in the fridge to slow them down.  Try cubing and freezing extras to use in a smoothie for a winter vitamin boost, yum yum!

Life is so much better with avos, luckily our orchards are from different locations and different climates around New Zealand so we can keep your avo cravings satisfied almost all year round. 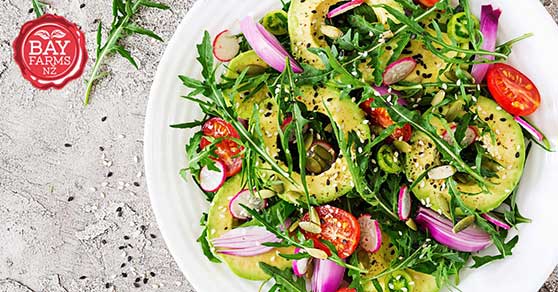 Keep up with the latest updates and offers from Bayfarms, and get 10% off your next order!